How do Duda look at the Ideas board 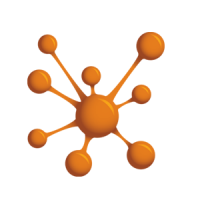 So I'm curious to know how Duda prioritises work from the ideas board (if anyone knows) this is probably mainly directed at @Sheyla I guess.

Whenever something gets raised that Duda doesn't do it's suggested to add it to the Ideas board and vote for it which I get. It keeps things all in one place etc and I assume by the votes then technically if it has lots it's something the userbase really wants so should probably be prioritised. However, there are things 'in development' on the ideas board that have a few votes while things with more aren't.

I understand that some things are just a natural extension of existing work so are easy to just add. I guess my question is more around things that have been categoried 'backlog' how often are they reviewed to move into other categories?

My main issue is the lack of 2FA which I've mentioned before so I apologise for repeating myself. I'm getting pressured by our technical director (we're part of an IT company) as well as some of our larger clients (medical institutes) to get a timeframe or move on from Duda and find a more secure system.

Amir said at the last DudaCon that it was important and needed to be implemented yet here we are coming up to the next DudaCon and nothing has been done. The last update from an 'Admin' on the 'idea' was February 2021.

New functionality is great and certainly appreciated but it's also concerning when that functionality is things like client billing which could open up other issues if an account is compromised.

Sorry we're just frustrated and don't understand how this idea doesn't seem to be being taken seriously (security should be fundamental). It just feels like Duda are putting their heads in the sand and ignoring it until something actually happens and a customer (or worse an agencies) account is compromised.